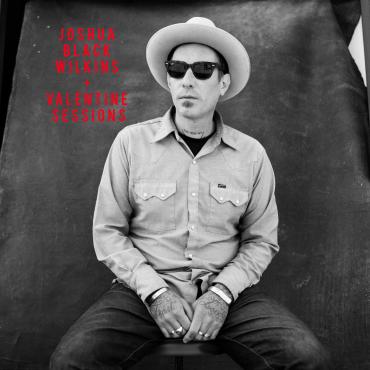 I’ll spare you the obvious comparisons of JBW’s latest release. After listening to the album just twice through already, it is evident it is a collection that deserves to stand on its own merit. An offering of songs recorded just a week ago and released today. The process of which procured a sparsely recorded grouping of songs, a moment captured in time versus a meticulously arranged anthology of words and noises…and the songs are better as a result. Where in many cases, a situation such as this may falter as a result, but so is not the case with ‘Valentine Sessions‘.

Wilkins voice and writing are at their zenith here and on display, fully. The confidence and grace that he sinks into the sadness and vulnerability of these ten tracks is true beauty, longing and susceptibility. A guitar, a voice and a room are the only variables in the recorded works here. As consequence, words cut swifter and deeper and emotion seeps even further into the listening experience. The sparsity manages to play into the complexity and dim light and whispy smoke encircles my head as I close my eyes and listen. Joshua’s delivery of occasionally barbed and piercing are just as often pointed back at himself as they are at his story’s antagonist. The effect is a collection of tunes, incredibly self reflective and internalizing. Brooding on occasion, self deprecating even but the self awareness and introspection of the songwriter’s protagonist is portrayed brilliantly in these songs.

light up those late night cigarettes, I know they kill but I ain’t dead yet

and pass around another bottle of wine, light up those late night cigarettes

In a time and place where even the good songs seem to be ever embellished with weeping pedal steel and ripping tele solos, Joshua Black Wilkins reminds us that the only production a great song needs is a guitar, a story and the ability of an artist to bleed themselves into their words in a way that makes you weather their pain, their joy and their humanity.