Cradle to the Grave

This northern Colorado based acoustic guitar picker is releasing his 4th CD in early January of 2017, and it shows off his skill and style as a picker and as a singer/songwriter.  He was born a member of Crow tribe and has been writing and singing as well as showcasing his songs for a good number of years now.  On this the new album, “Cradle to the Grave,” the third of a three album set he truly displays his considerable talents as a finger style guitarist, as well as a songwriter who is worth of the designation, Songwriter. In order to get a bit of his style go to http://www.carymorin.com/track/1138398 and give a listen to “Lay Baby Lay”.

He wrote all but three of the songs on this disc, and they portray a good portion of his talent and songwriting abilities.  The three songs he didn’t write are indicative of the wide-ranging many who have influenced him.  They songs are “Nothing Compares 2U” by Prince;  Willie Brown’s “Mississippi Blues”;  and from a completely different direction Phish’s “Back on the Train”.  Three quite different tracks and yet each is distinct and given its own special treatment, and then there are the eight wonderful songs he wrote for this disc.

His fingerpicking is both adroit and gritty at the same time, as it is both elevating and tired and worn at the same time.  Morin manages to infuse his songs with contrasts that both show the contrast as well as bring together his various influences; blues, bluegrass, Native American, jam band, touches of jazz and reggae.  He is complex and yet open at the same time.  He is certainly not someone who had crossed my radar before but I am damn sure glad he did.  This is an artist that deserves a wider audience for the work he is doing.  In addition to his solo work he is also in collaboration with Steve Amedee and John Magnie of the Subdudes in a group called  Young Ancients.This is a group which I will certainly check into as I truly enjoy the Subdudes, but for right now to see Cary Morin live and watch the fingers fly on the fretboards of his various guitars. 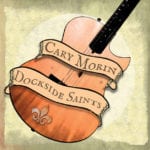 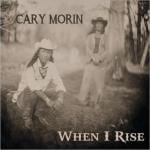