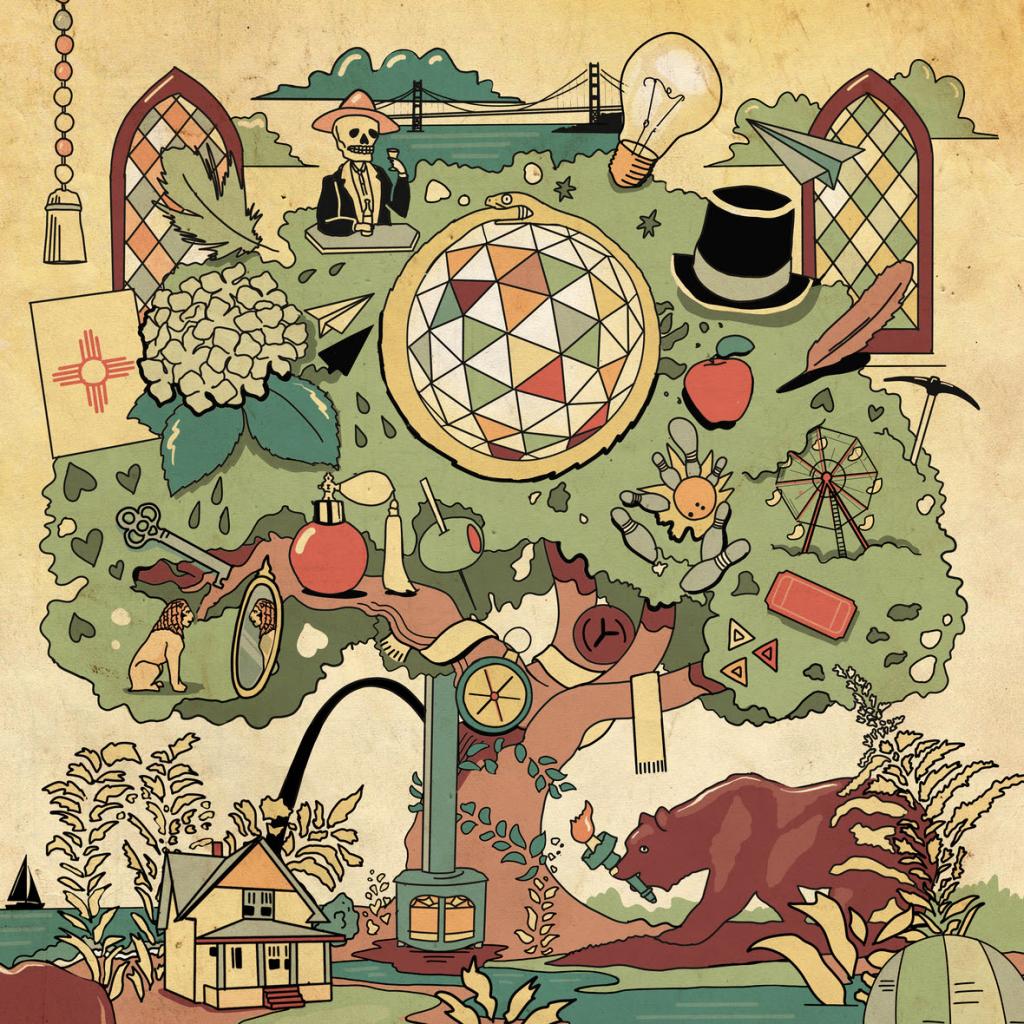 Tree of Shade, the fifth release from New York-based band Driftwood, has a restless spirit. On the album’s ebullient opener “CalifornIA,” Dan Forsyth proclaims, “I’ve got a train station in my mind,” and from there, listeners are whisked off onto a rollicking journey.

Appropriately, Tree of Shade developed while Driftwood toured relentlessly. The band’s latest LP sounds fuller than their past works, due in part to rich folk-rock arrangements that buzz with energy throughout. This energy bubbles over on record highlight “New Year’s Day,” whose lively pace will help shake off the hangover felt on the titular day. The smooth title track also moves in steady strokes and is nicely punctuated by an emotive violin melody in its latter half.

Tree of Shade is lined with lyrics that also illuminate this unrest. Starting from “CalifornIA,” Driftwood takes listeners in tow as they travel the country: on “What You Do to Me,” we go from St. Louis to Las Vegas, where Elvis is heard on the radio and heartache is abundant. Later in Tennessee (as heard on “Conquering Man”), the Great Smoky Mountains are burning, mirroring the hellfire that November 2016 brought: “I’m getting tired and it’s getting harder to breathe,” Claire Byrne sings.

With the album winding down, Driftwood pulls into “Santa Fe,” and the atmosphere shifts as a calmness settles in. The track is pretty minimal — a plucked electric guitar is the only instrumentation — as Byrne quietly muses on getting older and how perspectives and priorities shift as you age. By the end of the record, Driftwood is finally home and in the mood to celebrate. Despite the troubling times described within the track, “Hello” is a bright and optimistic sing-along-style song that ends Tree of Shade on the high note that it needs.

Tree of Shade is an album that grew from the road. Driftwood is world-weary but resilient and fills their record with contagious energy and determination.