Darrin Bradbury Spins Magic, Both Dark and Light, Out of the Mundane 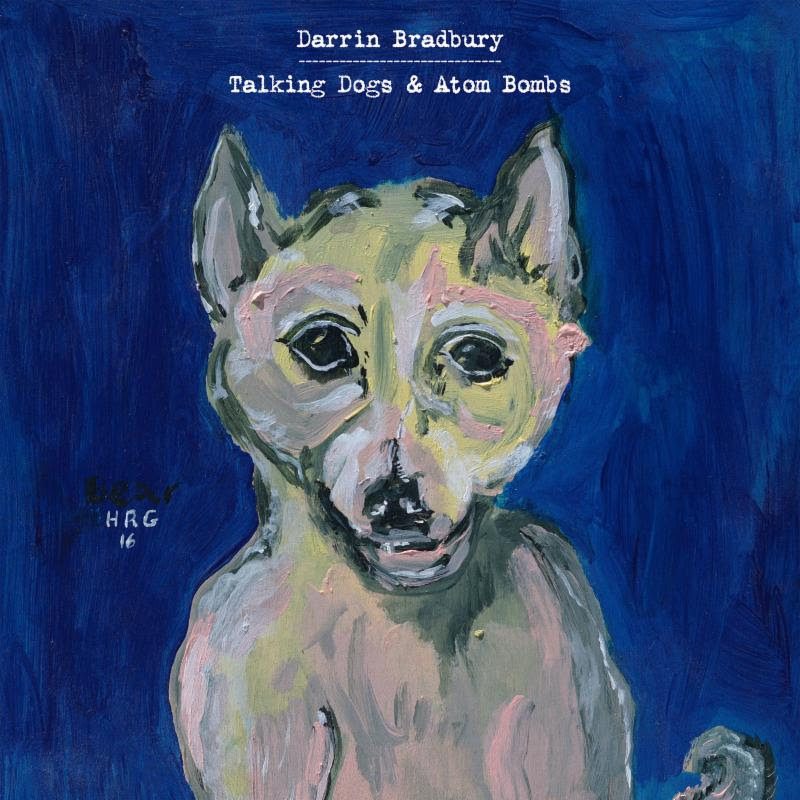 In his new album, Talking Dogs & Atom Bombs, Darrin Bradbury wraps up big, existential ideas in tiny packages — literally. The project’s longest song, “Hell’s More or Less the Same,” clocks in at just 3:21, while the bulk of the record’s tracks nestle comfortably around the two-and-a-half minute mark, and “Strange Bird” lasts just 1:17. Bradbury feels no need to fluff up his collection. Unflashy and earnest, each of its songs expresses exactly what it sets out to, and not a syllable more.

Earnestness is not to be confused with solemnity. Rather, the parts of Talking Dogs that ring truest are those that capitulate to the singer-songwriter’s warm, self-deprecating wit. He mines the mundane for his subject matter — a motel room that smells like “Lysol and sex,” a pile of junk mail on a kitchen table, two squirrels chasing each other around a yard — but like a piece of paper that folds up into a perfect origami crane, the ordinary often contains the extraordinary.

“Then the skim milk pours down all over cereal town / For I am the god of cereal town,” he sings in “Breakfast,” the project’s second track. “And the clusters unclust and the bunches combust / And all of God’s oat children drowned.” Bradbury might be a dreamer, but that doesn’t mean he’s a cheerful dreamer.

The joke, in fact, often comes from the short distance between whimsy and the existential abyss. The two squirrels darting through the yard find an abrupt end to their game when a hawk swoops one of them up. Unknown horrors lay under Bradbury’s Lysol-logged motel bedsheets, and he’s scared to get under them until it dawns on him that they’re a pretty good metaphor for his inner life.

Talking Dogs navigates the perils of depression. Oftentimes, the songs elaborate on the tools we use to fight it, humor chief among them. Other times, the music doesn’t endeavor to fix a problem, but simply depicts what it feels like to be depressed. “So Many Ways to Die (Frozen Pizza)” is perhaps the album’s clearest example of lyrical restraint, in that it rattles off a list of causes of death, most of which are varying degrees of self-inflicted, all the while deliberately withholding opinion and agenda.

From its bleakest moment — “The Trouble with Time,” a duet with Margo Price — to its most eccentric, Talking Dogs & Atom Bombs almost never acquiesces to hopelessness without finding some little twist of humor or moment of wonder to relish. Bradbury very rarely pushes his songs in one direction or another. These are anecdotes, musings and meanderings, measured in extrapolation but vivid and rich in detail. 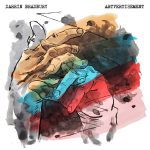 Darrin Bradbury Gets Straight to the Point on ‘Artvertisement’

Darrin Bradbury – The Story of Bob