“Will the Circle Be Unbroken,” performed here as the gospel of Mavis Staples, might not be the first song you’d associate with Emmylou Harris, but it’s the one that best evokes the celebratory spirit of this event, and the extended circles it encompasses. On The Life & Songs of Emmylou Harris (out November 11 on Rounder), the material stretches back to the Byrds and Flying Burrito Brothers of Gram Parsons, the harmony partner who brought her into the public eye, and whose memory she has kept alive. And though these are songs from before Harris teamed with Parsons, they are all indispensable highlights—Lucinda Williams capturing the soulfulness of “Hickory Wind,” Chris Hillman—Parsons’ Byrd bandmate and Burrito co-founder–shimmering through “Wheels” and Steve Earle teaming with bandleader Buddy Miller on a haunted “Sin City.”  And then there’s another circle that connects the tradition that Gram and Emmy renewed, the harmonies of the Louvin Brothers, with Martina McBride performing their classic “When I Stop Dreaming.” And there’s an inner circle of the songwriters she has championed—Rodney Crowell, Patty Griffin (who performs one of Harris’s songs, “Prayer in Open D”), Kris Kristofferson, even Daniel Lanois.  Vince Gill speaks for the assemblage when thanks Emmylou for “being such a great teacher, showing us where we’ve been.” And Harris herself is in integral part of the proceedings, amid all the songwriters she has boosted, all the singers she has inspired, all the musicians who have met her standards and followed her lead. There’s a whole lot of legacy here, in the life and music of one artist. 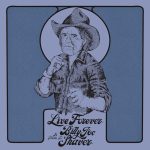 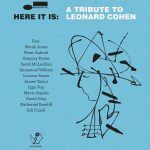