Calico the band: A Second Round of California Country

Artist: Calico the band, The Byrds, The Sweethearts of the Rodeo
Album: Under Blue Skies 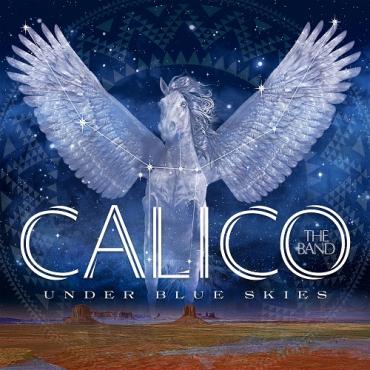 California country has taken some hits in the past: In both senses of the word. The Golden State’s music has been bruised by the false impression that country music never happened there. One has only to trace the lineage from The Byrds to Buck Owens/Merle Haggard to the late 1930s when Central California was re-inventing country music into something that resembled rockabilly 15 years before it hit Memphis. See the career of Maddox Brothers and Rose.

But, the reminder is there and the hits that stemmed from the California country tradition includes the afore mentioned Buck and Merle, Johnny Cash-who recorded his early Columbia albums in L.A. not to mention San Quinten and Folsom Prison Blues-through to The Flying Burrito Brothers, Gram Parsons, Sweethearts of the Rodeo and The Desert Rose Band. The musical history in California is rich with country music and its legends.

Add Calico the band to the list of artists who are now writing a new chapter in the history of California country. Their debut album, Rancho California, pushed back against the notion that real country music and Americana was the sole property of Nashville and Austin.  The album embodied what has been best (and too often lost) from the country-rock heyday that rose out of Los Angeles echoing through walls of Laurel and Topanga Canyons to the Pacific Coast.

The band’s sophomore effort, Under Blue Skies, manages to leap past the pitfalls of the second album curse that sometimes plagues successful debuts. It picks up where Rancho California left off. It’s like they took a break and now they’re back for their second set. The virtue of this is clear with the first listen. It is the same skilled songwriting, vocal and instrumental arrangements and production values that confirms the ongoing creativity of Calico the band. As many have noted of these two albums, there is an appealing pop flare to the proceedings that makes a strong case for a place on the mainstream country and Americana landscape. It is one of the ten best Americana albums of 2017.

First and foremost, Calico the band is a singer-songwriter group. Under Blue Skies is formed and turns on the quality and depth of the songs collected here. To be sure, this album is as flawless as they come. There is not a word, melody or harmony wasted. Each moment of the album holds its own gem with the shine that comes through from these carefully crafted songs. The musical skills that flows like a stream through the album helps bring the songs to a full realization of what they were brought into the world to be; glimpses of soul and spirit moving through an impermeant journey at a particular place and time. 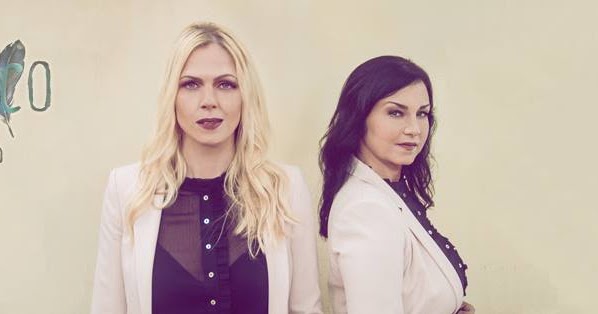 The opening song, “Fine Line” kicks things off with a fast-paced intro with KP Hawthorn and Manda Mosher on two-part harmonies. It begins with a steady upbeat pace but then the chorus final line brings the truth coming down through minor chords, “It’s a fine line between dream and illusion.”  It is a great freeway song. As is the single from the album simply titled, “The 405,” L.A’s infamous freeway that bridges the valley to the coast.  Opening with a dreamy steel guitar lead, it is a song of longing that allegorically uses the freeway, the ‘walls of the canyon’ and the ocean breeze as a homecoming toward the real love we all seek.

“Cold, Cold Love,” is a bluesy romp with a distinctive slide guitar and the band’s trademark Everly-Brothers-tight and seamless harmonies.   “The Leaving Kind,’ tells the story of country-heartbreak well-known to most fans of the genre. Proffit and Mosher give the familiar tale a fresh lyrical and melodic take. “Free Man,” with guest vocal Jason Charles Miller, again brings an original and ironic take on the country tale of cheating. The title song, “Under Blues Skies” is a harmonic, lush song of longing in a dream-like setting. It is a country-rock lullaby that gently seeps into the consciousness and leaves an impressionistic feeling of the California-L.A. basin. It is a beautiful valentine for a world-gone-right.

The two songs covered on Under Blue Skies are John Phillips “California Dreaming” and Joni Mitchell’s classic “Ladies of the Canyon.”  In their hands, both songs are brushed free of nostalgia and come delightfully to life with a contemporary feel and fresh arrangements. “Ladies of the Canyon,” breaks away from Joni Mitchell’s ethereal mystical melancholy to a straightforward country-rock anthology of canyon character stories and images.  For a song that’s been absorbed for decades now, it’s interesting that the country-storytelling approach brings out lyrical nuances not noticed on the original version.

To be sure, Calico the band’s Under Blue Skies keeps the group’s trajectory toward national impact in the world of Americana music.  Indeed, if the powers-that-be have imagination, the band can easily cross-over to mainstream country. Although The Byrds, Fleetwood Mac, Jackson Browne and Sweethearts of the Rodeo are the band’s ancestry, this album confirms that Calico the band have their own vision for California country music and it’s all found under blue skies.