Blending the Clyde and the Cumberland

We have a slightly unusual mix here.

Dean is a Scottish singer/songwriter who has in recent years recorded his songs, largely about Scotland and life there, in Nashville. This album is the latest example, featuring Suzy Bogguss, Will Kimbrough and Kim Richey among the players.

I first came across Dean earlier this year when he supported Rosanne Cash at the Union Chapel in London. Apparently Rosanne had invited him to fill the support slot, presumably on the basis of his earlier album Cashback: Songs I Learned From Johnny. I’d like to say I was instantly bowled over. I enjoyed his set but it was my wife who was immediately hooked and as soon as he finished she went to the back to buy this album and get it signed by Dean.

It took me a while longer to really appreciate the album, but it has grown to be one of my favourite albums of the year. We’ve also acquired most of his back-catalogue.

Album opener Dora tells of his grandmother and her life in a circus which was run by his lion-tamer great-grandfather. It’s a lovely (mostly) light-hearted opener, before a trio of songs of much weightier subject matter.

Closer To Home, Evergreen and Kids (1979) all deal with various aspects of loss and death, but all three share gorgeous melodies, great playing and insightful lyrics.

Closer To Home is inspired by a letter Dean read that a WW1 soldier wrote to his wife that included the line “the closer to home, the harder it is to bear the distance” while Kids (1979) is about school friends in his soccer team, some of whom have either died or having bad times with drink or drugs.

The middle song of this particular doom trilogy is the gorgeous Evergreen. Written for his elder sister who died too young it is a mix of memories and despair for which Dean has composed a beautiful melody to which the mix of Kim Richey’s voice with Dean’s own simply creates a sound that is heartbreakingly beautiful. One of my favourite songs of the year.

It’s not all darkness; Virginia Street recalls happy times while Valentine’s Day In New York describes the experience of being alone and missing your partner, yet enjoying the experience of observing lovers in the big city.

I also have to mention the lovely Days Without You. Another song of loss, but again Dean hits the spot with yet another splendid combination of aching lyrics and a melody that wraps itself around your soul.

The album closes in a much more light hearted mood with I’m Pretending I Don’t Need You Anymore; a duet with Suzy Bogguss. It encapsulates the tone of so many country break-up songs while, to me at least, having its tongue firmly planted in its cheek. Great fun.

Dean has a fantastic ear for a great tune and this album is packed with them. Add to that his lyrical acuity; his ability to perfectly meld melodic mood and emotional observation suggests we have a major talent here just waiting to burst through.

As yet he’s comparatively unknown. If there is any justice (and let’s face it, in the music business there isn’t much) he’ll become much better known, celebrated and enjoyed. 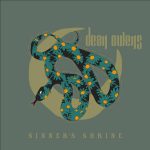 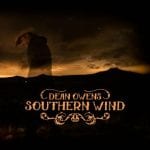