Bill Camplin’s “Understory” Digs Deep, While Casting a Long Shadow on the Present

Camplin testifies to human foibles and futility, as personal confession and for those underfoot, suffering exploitation. Therein lie his “understories,” insightful, humane and possessing a perfect pitch of indignance.

“Old Man Sleep” requires little reflection, yet begs for it. Camplin witnesses a street-wandering soul, addressing the elder beyond earshot with extraordinary tenderness. Haunting falsetto phrases recall the great jazz singer Andy Bey. Camplin, a master of linguistic quirk, notes: “in the alley of existence your slur lives on.”

“Seems I’ve Seen This Night Before” attests to Everyman’s flounderings: I’m losing all concept of what I intend/playing the victim and stumbling away.

By contrast, “Fatcats,” is a romping blues-funk protest – with streaming organ backdrop — against the (Wall Street) “fatcats who want it all.” 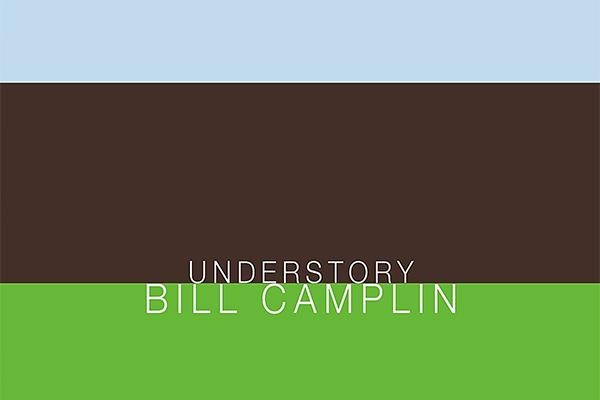 The flood of history as it advances forth among us/

and the drained potentials that the deluge washes from us/

Between our future and our past, let us rage against the night.

Out on a thunderclap, oh, the light is breaking/

children’s voices calling as they are waking/

Spring erupts again to put forth the final fight 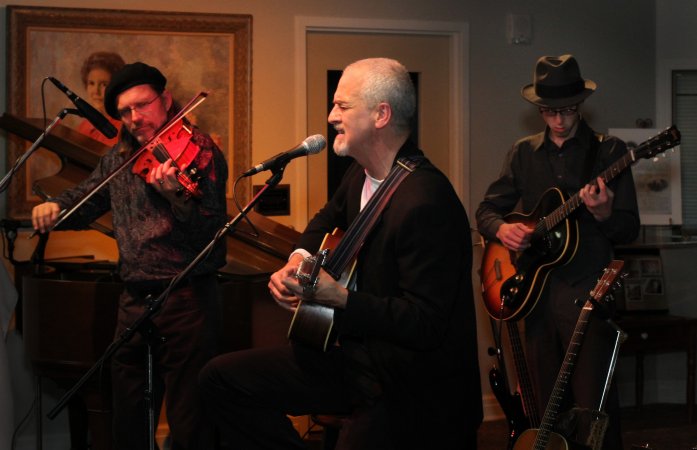 The album bristles with musical variety as Camplin’s son and album producer Satchel Paige interjects pithy, conversational guitar fills and hand-in-glove gestures, especially on the brilliantly arranged “All in the Name of You.” Trumpet, cello, organ and pedal steel help till Understory with spades of fresh vigor. We should hear more from the talented Mister Paige before long.

Yet Understory’s flat-earth CD cover abstraction might also suggest voices rising from graves, and the veteran songwriter addresses, amid our gadget-clogged distraction, the eternal question of finally relinquishing the temporal spirit, “Where Do We Surrender?”

“Take your souls, take them out on the highway…release yourself to a deadly extreme… ….where do we confess we can on longer try?” Here’s Camplin performing the song, at an Earthkeepers Mississippi River Sacred Sites Benefit. https://www.youtube.com/watch?v=7mOf7cZ4j5M

But Camplin, the 68-year-old co-owner of Fort Atkinson’s roots music mecca Café Carpe, ain’t going nowhere soon, one hopes. 1 He’ll release a live recording of a renunion of the Cardboard Box band, named for his 1975 album. He plans two more volumes of his masterful Dylan interpretations, documented first in Dylan Project One from 2003, along with another album of originals still unfolding down the dusty roads of his mind, and a “country” album.

Don’t wait for those to catch up with Camplin. Here’s an Understory: One day, he suddenly disappears, like many a mythical or forgotten troubadour-poet eccentric. They bury him in an ungainly cardboard box in a modestly marked grave on the banks of the Rock River. Then his remains wash away in the streams of time. Which, as we know, waits for no one.

1. Cafe Carpe, also a fine eatery, has a long history as a Midwest crossroads for great and obscure singer-songwriters and vernacular groups. The Carpe also provided the artistic sowing ground of Peter Mulvey, Jeffrey Foucault and the collaborative group Redbird, among others. Among recent acts I’ve seen there include Redbird (Mulvey, Foucault, Kris Delmhorst and David Goodrich) at their holiday season concert series and, last month, Steve Forbert, another baby boomer rudely defying the ravages of age.

This review was originally published in a shorter form in The Shepherd Express: http://expressmilwaukee.com/article-permalink-25043.html and in this form at Culture Currents (Vewrnaculars Speak) http://www.kevernacular.com