Growth can be a remarkable thing. In a relatively short amount of time, talented artists who work hard, make wise choices, and remain true to their vision can flourish in stunning fashion.

Such is the case with Joliet, Illinois-area songwriter, vocalist, and guitarist Alex Hoffer. His growth as a musician, performer, and recording artist in the past year is nothing short of amazing. He’s always been gifted with a great voice and displayed wonderful guitar-playing and songwriting talent. Now, joined by an incredibly talented cast of friends and musicians, Hoffer has taken his music to another level.

On Jan. 2, the Alex Hoffer Band celebrated the release of its debut studio recording Free from Apathy with a powerful performance at Mojoes in Joliet, on a bill that included Mr. Blotto. The live band, also featured on the recording, includes the great Giles Corey on guitar, Pat Otto on mandolin, Tom Maslowski on bass, and Don Nudi on drums. 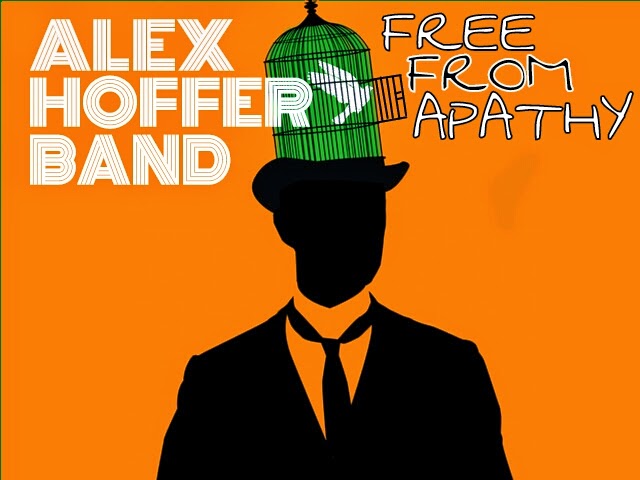 The tracks on Free from Apathy showcase Hoffer’s powerful voice and the band’s expert musicianship. Songs like “Keep Searching” are rousing jams, with alternating solos by Corey and Otto. The four-song collection (five, if you count the hidden track) is available through 3011 Records, which is also the label of Chicago’s Howard and the White Boys. Guitarist Pete Galanis of that band guests on a couple tracks on Hoffer’s record.

Maslowski, Nudi and Otto also are members of John Condron and the Old Gang Orchestra and have a comfortable musical repartee that comes with repeated experience performing together. Corey rounds out the lineup with a musical energy and brilliance that infuses the band’s sound with a romping goodness and fun.

Corey (a.k.a. Andrew Osis) is a veteran of the musical project Lubriphonic that included Buddy Guy keyboardist Marty Sammon, who continues to work with Corey in a new band. The 2014 debut “Giles Corey’s Stoned Soul” released on Chicago’s Delmark Records received great reviews from Blues Blast Magazine, the Chicago Blues Guide and others.

In sum, Hoffer is collaborating with some of the best players around today, and his live performances and debut studio recording reflect a maturity and musical excellence that show he’s come a long way in his development as an artist.