ALBUM REVIEW: The Dip’s Soul Shines on Self-Produced ‘Sticking With It’

Artist: The Dip
Album: Sticking With It 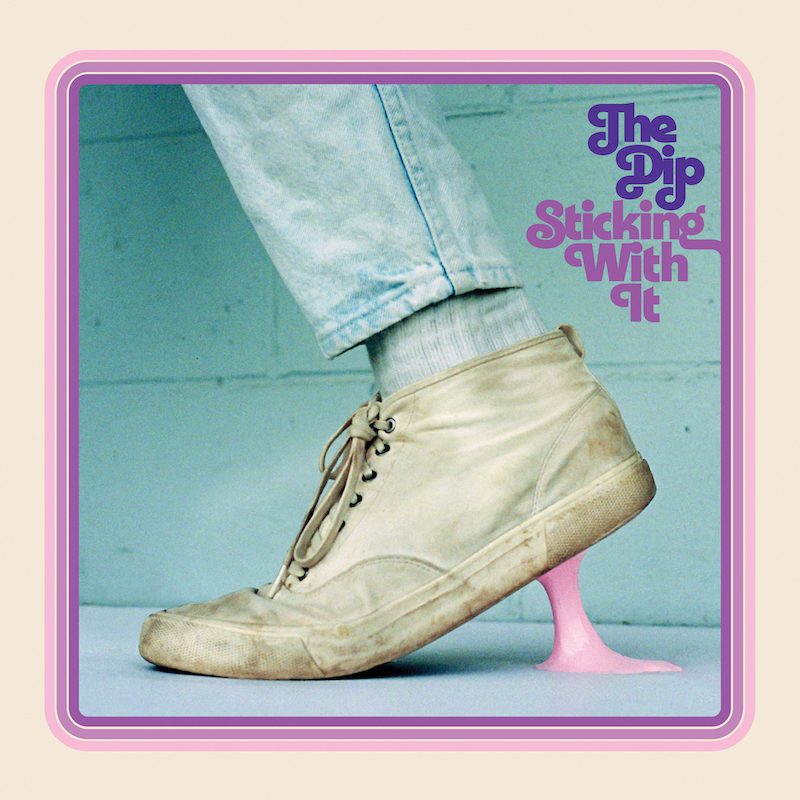 EDITOR’S NOTE: As the end of the year approaches, we’re taking a look back at albums we weren’t able to review when they first came out. Sticking With It was released in March via Dualtone Records.

In their latest release, Sticking With It, The Dip stay on course to bring soul back into the mainstream as their own Seattle sensibility matures and ferments an already robust sound.

The soulful septet — featuring Tom Eddy on lead vocals and guitar, Jacob Lundgren on guitar, Mark Hunter on bass, Jarred Katz on the drums, and a horn section of Brennan Carter on trumpet, Levi Gillis on tenor sax, and Evan Smith on baritone sax — returns with a heaping plate of modern nostalgia, a diverse meal of soul, rock, and R&B sensibilities. 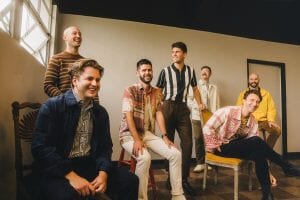 The Dip (photo by Jake Magraw)

Recorded and produced in their self-made studio in Seattle, this addition to The Dip’s discography excites with the boundless potential of their musicality and creativity as they experiment with a cleaner guitar sound while still capturing that jaunty live feel — modifications that only bolster that established Dap-Kings-esque power.

Katz and the guitarists come in heavy with “Paddle to the Stars,” with Eddy not far behind, his trademark tone bursting above the riff-driven melody with grit and passion, evocative of Wilson Pickett and that driving soul of the 1950s and ’60s.

“When You Lose Someone” is among the top tracks on the album, marked by the interaction between Hunter and Lundgren and the distinct retro structure, particularly in the build from the pre-chorus. As the backup singing core of Vanessa Bryan, Dasha Chadwick, and Nic Jackson end the verse by imploring “What can I say? What can I do?” in unison with the band, a wailing Eddy soars in to put voice to the loss with the brass rounding out this tidal wave of sound.

The backup singers, all singing into one mic, continue to impress as the energy drops with the lush downtempo ballad “Anyway,” allowing them space to shine in front of a mournful Al Green-like string section.

Despite the quiet nature of the title, “Crickets” is charged with attitude, offering a take on the doomed present (“If it feels like the temperature is rising it’s ’cause it is”). An organ with heavy vibrato makes an appearance as the guitar melody stretches the range and Hunter pulses beneath. Hunter’s performance throughout the album is worth noting, providing each tune with a warm backbone no matter the tempo. His rubbery smooth bass tone softly reverberates in the back of your head and guides the feel with ease.

The Dip’s ability to self-produce allows for a greater instrumental balance tangible in the mix of each song on Sticking With It — no instrument is underemphasized. Like fellow retro-reverent band Lake Street Dive, the skill of each instrumentalist is undeniable, but they aren’t shoving it in your face; they swing and soothe the listener into an energetic lullaby, freeing the body to move rather than rocking it to sleep. Each member’s musical chops are particularly highlighted on the album’s penultimate and only instrumental track, “Yellowfinger.”

They sign off with a powerful message in “Forget About It,” the undeniable energy of the 6/8 time signature chugging under the refrain of the backup singers: “Your people, your health / just live your life / and try to live it true!”

Known for their live performances, The Dip’s Sticking With It feels like a concert, the pace ebbing and flowing as if in reaction to an audience. It’s hard to listen to just one track and move on to another artist; the entire album begs a top to bottom run-through with each play. 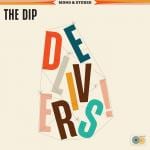 The Dip Delivers a Tasty Serving of Soul