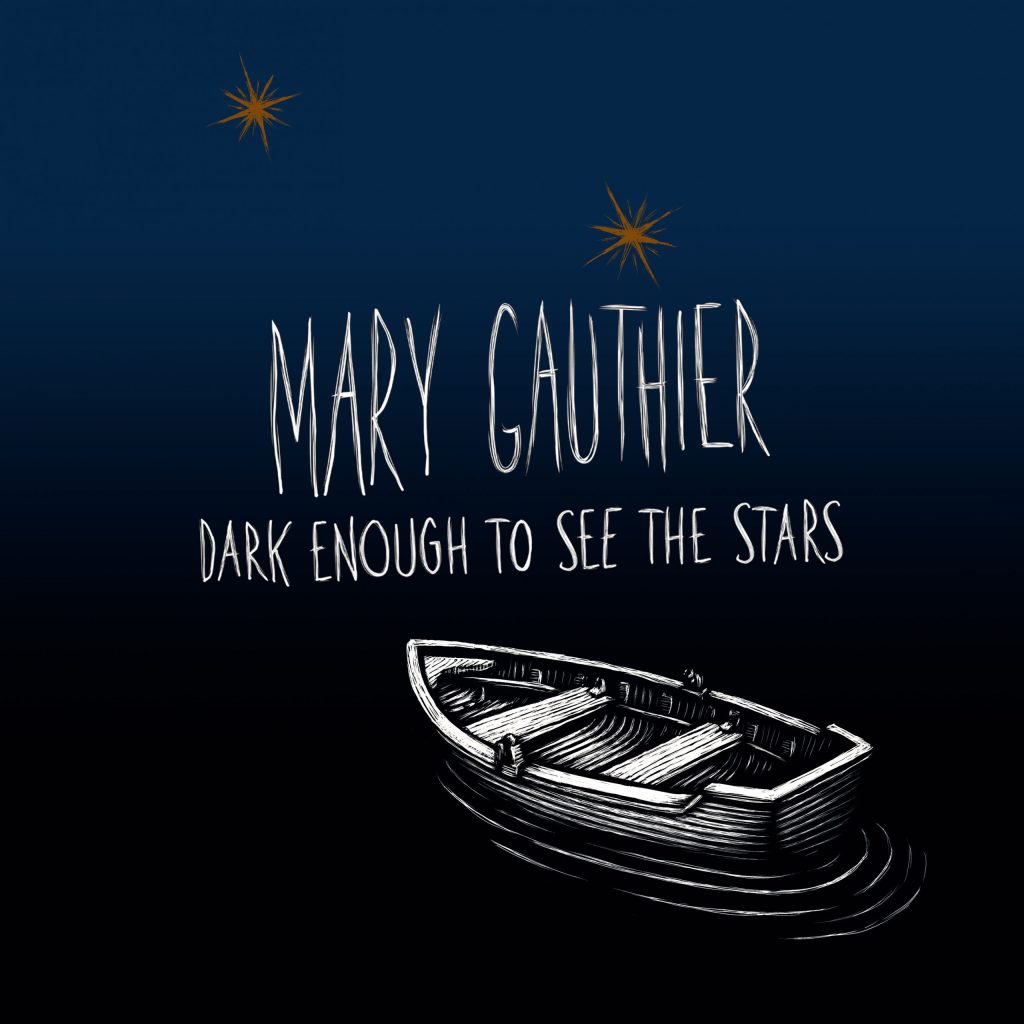 “Fall Apart World,” the track that opens Mary Gauthier’s new album, Dark Enough to See the Stars, might just be a perfect song. Danny Mitchell’s lush piano notes float over his soaring B3 strains, laying a shimmering bed for Juan Solorzano’s vibrato lead runs on the bridges, Gauthier’s warm vocals, and Jaimee Harris’ and Allison Moorer’s spiraling harmonies. The sweet soulfulness of the song’s opening notes evokes the exquisite languor of love before the song slides into those pop-inflected harmonies that brim over with the ebullience and joy of love. 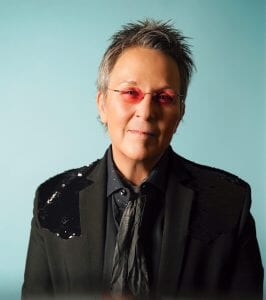 Like every song on the album, Gauthier’s opening track, co-written with Ben Glover, sails gloriously into the choppy waters of love and loss, revealing that moments of pain and darkness contain within them glimmers of healing and light. After all, we can only see stars in the inkiness of night and not the brightness of the day, just as our love grows stronger when our hearts have been shattered by loss.

Mitchell’s cascading piano chords carry us into “Amsterdam,” an atmospheric love letter to a city (“Hyacinths and daffodils, tulips in the windowsills”) and a lover (“Kisses in the summer rain, falling back in love again”). Gauthier declares during the refrain that she’s “All right, feeling all right in Amsterdam tonight,” accompanied by Harris’ and Moorer’s soaring call -and-response harmonies.

Mitchell’s piano swells and B3 strains take us to church on “Thank God for You,” as Gauthier tells the tale of being “down so long it looks like up” to her. Like the story of the good Samaritan in the Bible, the religious people pass her by because they can’t hear her cries for help or they simply practice long-distance love (saying they love her but never touching her or helping her). Salvation comes only in the form of another person who loves the singer and cradles her in that love. The song is a canny testimony to power of the embodied nature of love and the shortcomings of a distant, “spiritual” love that leaves broken souls in its wake.

The title track opens in spare fashion with Gauthier singing over her fingerpicking; the opening lines evoke the feeling of being alone and bereft following the death of dear friends. As Fats Kaplin’s ethereal pedal steel unfurls and Harris lends her harmony vocals, the song spirals into a heavenly chorus of praise and unity. A co-write with Beth Nielsen Chapman, the song reveals the pair’s lyrical genius in the song’s refrain: “Dark enough to see the stars dark enough to see the light / In an ocean black and deep, in middle of the night / As I hold on to your love, like those lights from up above / I have drifted out so far, it’s dark enough to see the stars.”

The album closes with an achingly beautiful litany, “Till I See You Again,” which balances the hopefulness of Dylan’s “Forever Young” with the traditional Irish blessing that begins “May the road rise up to meet you.” Gauthier’s song opens with a simple wish, “May eternity hold you in the hollow of her hand,” and ends with the simple, hopeful refrain that affirms she’ll meet her beloved again — “Till I see you again.” The song delivers a poignant testimony of the enduring power of love and hope in the face of loss.

Dark Enough to See the Stars delivers a timely message that love demands more than words, it demands more than repeating the “correct” phrases at the “right” time. Love demands vulnerability, opening ourselves to loss and death, embracing others in their loss, embodying love. As Gauthier shows us, we find love and give love in the messiness of our lives and after we come through those dark nights in our souls. Gauthier’s album shines as one of the best of the year so far.

Dark Enough to See the Stars is out June 3 on Thirty Tigers. 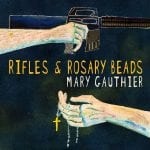 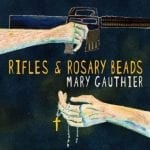