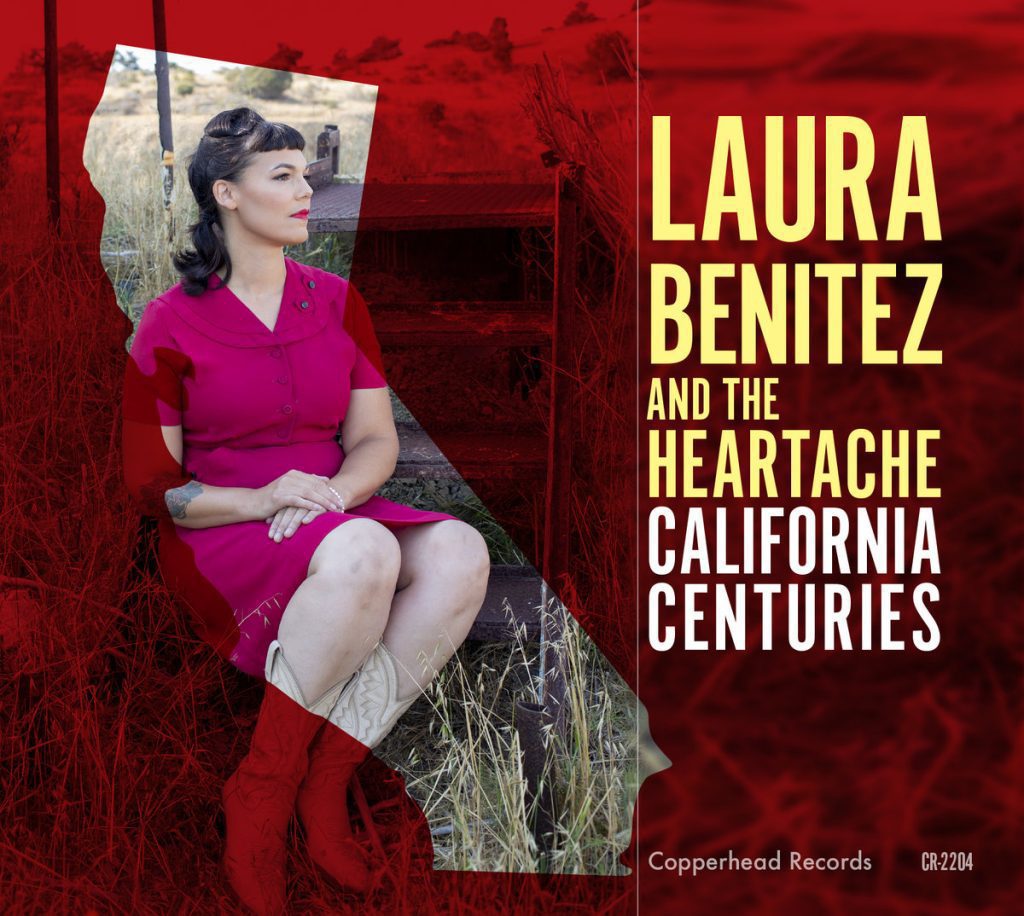 For her fourth album, and third with The Heartache, Laura Benitez has achieved the delicate balancing act of retaining all the attractions of those previous releases while adding new dimensions to place California Centuries as her best yet. A fresh classic country remains her bedrock, to which Benitez has added layers of rock and bluegrass. While never shirking from tough subjects, she is drawing more on personal experience here. Ranging from the joyous to the somber, Benitez is always completely frank. California Centuries is a tight sounding and complete album.

Way back in 2004, Benitez gave up soap operas and commercials in LA for the roots and Americana of the Bay Area. Musically she adopted the traditions of the Bakersfield sound and lyrically, Dolly and Loretta. There is a sense of liberation in California Centuries best summed up by Benitez herself in a press release announcing the album: “I’m definitely less afraid to write about difficult or personal topics than I was earlier in my career.” Moving from third to first person, she tackles collective responsibility and gaslighting as well as opening up her feelings for those closest to her. That sense of release rings true sonically as Benitez casts off her previous studio anxieties after months of lockdown. 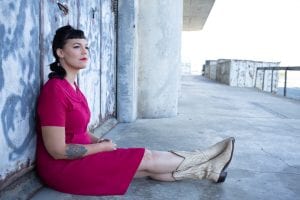 “Bad Things” opens with a brisk beat, echoing vocal, and wailing pedal steel as Benitez gets stuck in the initial collective denial of so many in the face of oncoming pandemic. “Bad things happen to other people.” Sounds familiar? “Gaslight (We Shouldn’t Talk About It)” is a wonderful piece of contradiction. Benitez pulls no punches in heaping her anger on the efforts to silence any comment about the carnage of mass shootings and police violence. By juxtaposing her rage against a melody that emphasizes the blandness of modern country music, she underscores cleverly the divisions that scar so many aspects of contemporary life.

With even greater intensity, Benitez sings about those she loves. To her partner and fellow musician Bryan Kilgore, “A Love Like Yours” comes unconditionally from the heart. The fast-paced beat and reference to “centuries” have nothing to do with time but rather the miles he cycles. Benitez thought it a good title for the whole album, too. At a gentler tempo, “All Songs” is a lullaby to their daughter. Again, Benitez’s more directly personal approach gives her song deeper resonance.

Expressing exactly how she feels comes across so clearly on “I’m With the Band.” Playing music is what Benitez loves, it’s her life. Through some lineup changes she and The Heartache have been together for a decade: “That’s my name there on the poster / … Cause I’m with the band” says it all.

Laura Benitez and The Heartache describe recording again as a reunion. California Centuries is their euphoric cry of gratitude to be back out there. They must be a cracking live band, but if San Francisco is a bit out of reach, then the immediacy of this album is a perfect substitute.

Laura Benitez and The Heartache’s California Centuries is out Sept. 9 on Copperhead Records.