One of the most widely admired mandolin players around will celebrate the release of his new solo CD in Nashville this week with a free performance at The Station Inn.

Presented by WSM-AM, Adam Steffey’s 6 p.m. Thursday, Sept. 24, local appearance, complete with special guests who are promised to dazzle, is in honor of One More for the Road, his long-overdue sophomore outing that will be released Sept. 22 on the Sugar Hill label.

On the new record, Steffey balances instrumentals with vocal numbers and carefully chosen classics, not to mention strong originals served up by Steffey.

Joining the mandolinist on the dozen-song disc is a brilliantly chosen supporting cast, including former bandmates from Alison Krauss & Union Station and Mountain Heart, alongside current colleagues in the Dan Tyminski Band–all of which makes for a stunning portrait of a musician who’s not only a master player and convincing singer but perhaps most importantly, a team player who knows exactly when to lead and when to lay back.

“I wanted to go in and make a record, and have all these people that I work with be on it,” he says, “but I didn’t want to make an instrumental album, because I think those can get monotonous. I know I’m known primarily as a player, but I wanted to have just enough picking on there to where everybody could turn loose, and then mostly have some good solid vocal things.

“If people listen to this album and take it as a reflection of the way I look at everything about music, and not just as a showcase for how I play,” he adds, “then that would be the highest compliment that could be paid.”

With support from producers Gary Paczosa and Union Station/Dan Tyminski Band bassist Barry Bales, Steffey and company, with One More for the Road, have managed to undertake a well-crafted set list that shows off the artist’s knack for not only rediscovering under-appreciated songs, but also partnering them with the ideal players and singers.

Grated, much reviewer and listener buzz will undoubtedly land with Krauss and her vocal contributions, acknowledges Steffey, for she does contribute a a lush reading of a decades-old Bluegrass Cardinals find, “Warm Kentucky Sunshine.” However, there’s plenty of audio style from other camps, including Tyminski and Ronnie Bowman, whose shimmering “Please Don’t Tell Me How The Story Ends” sets a new standard for the Kris Kristofferson classic,

When all is said and done, though, it’s mandolinist Steffey, with his distinctive baritone, who is the most frequent vocal contributor.

“I try to be realistic about my voice,” Steffey says, “and I’m not the ballad singer at all.” Moreover, he adds, “I know all the guys that are on here, they’re thinking, they’re listeners, and I want everybody to get that feeling from the record

“I’ll be happy if the people who hear it can tell that I was listening and not getting in the way, that I was just trying to make the song the best it can be,” he concludes. 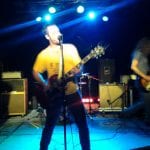 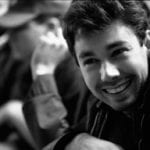 Growing Up in Public: Adam Yauch