SEATTLE, Sept. 1 2013— Vintage Trouble’s Bumbershoot performance was sandwiched between the latest versions of The Animals and The Zombies, and would not have been out of place during their Brit-rock heyday, or during any of the  intervening years.

The Los Angeles based quartet, formed in 2010, follows  the same power trio plus vocals format that served The Who and Led Zeppelin among others, with nary a keyboard or stray percussionist in sight. The instruments, aside from guitarist Nalle Colt’s massive effects array, are unchanged from 1969, when lead singer Ty Taylor was born.

It’s harder to carbon-date the music, with its roots in the same blues that drove the Animals at their inception, so there weren’t any notes they pulled out of the air that haven’t been there for years. Which is all right for a lot of us, who don’t really want to hear anything radically new, only different combinations of the familiar.

Which is where Vintage Trouble soars. Many bands bat around the “rock and soul” label, but I’ve never heard this particularly gratifying blend.

The first rule broken is that soul bands need lots of people. All the great soul shouters-James Brown, Otis Redding, Prince, -have huge “revues” with hordes of horns, percussion and backup singers. So the stripped down soul based power trio is a combination we haven’t heard before.

Taylor, who never stops moving and, after two minutes onstage, sweating, has a 10,000 hours vibe. He’s done this so many times he can do it in his sleep, but this is hardly a sleepwalk. Visually and vocally, he’s a blast. And along with the other three, Colt, bassist Rick  Barrio Dill and drummer Richard Danielson, the result imagines what would have happened if Otis Redding led Zeppelin instead of Robert Plant.

The afternoon’s intense heat forced Eric Burdon to perform in a sun-shielding hoodie, moments later Vintage Trouble took the stage dressed in riverboat gambler suits. The wetness  grew on the back of Taylor’s beige jacket, remarkably the front stayed dry aside from a dry spot near his heart. It was hard to tell with the other three since their suits were an uncomfortable-looking black, although Dill broke costume and ditched his jacket.

Vintage Trouble ultimately achieves two elusive balances;  new combinations added to the familiar blended with a mix of polish and spontaneity. A performing band is not playing a particular song for the first time, and we have often heard it before. This deception goes both ways, but the best bands believe enough in their own sound to approach each song in a fresh way.

Taylor is the acknowledged focus, but like all the best bands Vintage Trouble is a balanced musical ecosystem that would collapse if one member was replaced. Their dynamism dares you to stay involved and few—at least all of those present on this hot Sunday—could resist.

The Animals and the Zombies, presented this day in alphabetical symmetry, rely on a different ecosystem. Whatever musical interdependence that was present at the beginning, in both cases fifty years ago, is long gone. Instead we get the principals, Animal Eric  Burdon and Zombies Rod Argent and Colin Blunstone leading a crack team of ringers through one-hour sets.

Burdon was in a bad mood, the heat prompted to wear a hoodie and the animal he most resembled was a Star Wars Jawa. The band was more muscular than the one I saw two years ago, adding an extra guitarist, keyboard and  conga dude to the original five-man format.  And even if Eric was a tad cranky his voice is more or less the same a when he immortalized the closing “House of the Rising Sun” some years ago.

Burdon left shortly after his hour set, missing any connection with Argent and Blunstone this time. The two bands, separated by Vintage Trouble, have certainly crossed paths before but this time out they were in different worlds.

Aside from a short rant about the heat Burdon was monosyllabic, while Argent and Blunstone tended to overcommunicate. They’d tell  a convoluted story with not much of a punchline, as if they were still in front of the casino audience of the previous night.

Considering this point in time the average British Invasion performer is around 70, an age where many of us will have second thoughts about getting out of bed, these guys are remarkable. Burdon and Blunstone can still hit the notes, unlike some others who may just be going through the motions. You know who you are.

In many cases you will see these guys play casinos so it was a treat to see them outside playing one hour sets and trimmed the fat and cut through the heat. Going to see the old guys one last time is no reason to go see a show, but some veterans  still have enough mojo to motivate a trek through multiple stages, rabid crowds and deadly heat to enjoy a little slice of still vibrant history. 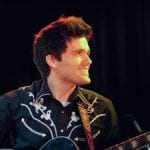 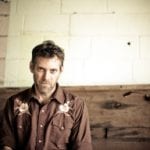