A Southern Journey through the Blues: Guy Davis’ New Album

Though storytelling is one of the most fundamental human activities, it’s surprising how rarely you find recordings of storytellers these days. It’s such a primal art, and so viscerally engaging, that you’d think there’d be more recordings available, especially in the world of folk and traditional music. Whatever the reason, it’s always a joy to discover an album with great storytelling. Veteran blues songwriter Guy Davis delivers on this and more with his new album, The Adventures of Fishy Waters: In Bed with the Blues. It’s a loving, often-humorous look at the roots of blues culture in the South that also turns an unflinching eye to the horrific life conditions that birthed the blues. The album is chock-full of stories and blues songs, all delivered effortlessly from an artist who knows and respects the culture. The album comes from Davis’ work in the theater and is based on Davis’ play of the same name, and the influence of the stage shows throughout. Incorporating sound design to fill out the stories, at times the listener feels like they’re in a quiet theater watching the play unfold. It’s a neat trick to combine theater, storytelling, African-American folk traditions and country blues into one package. And maybe that’s why it’s a full 2 CDs in length! But the listener doesn’t tire, and I moved into the second disc with just as much enjoyment as the first disc.

The album revolves loosely around the narrative of Fishy Waters’ journeys through the South. A traveling hobo/bluesman, Fishy encounters all manner of characters and recounts his many stories as he travels and plays his music. The opening track, “Ramblin’ All Over” introduces Fishy’s travels in a prototypical country blues style. Original songs that sound like old country blues numbers mix with traditional stories given just enough of a new twist to make them sound fresh. Later tracks delve more deeply into Fishy’s character and origins, and just as some of the stories are patterned on old folk tales you might have heard around hobo campfires in the South, other stories seem to come from a more personal level, recounting the many levels of poverty that Fishy encounters, along with powerful characters and friendships. Davis is weaving a lifetime of influences in traditional blues to tell a tale that sounds at first almost stereotypical, but quickly evolves into a fully-fleshed out character. By melding theater, music, and stories, Davis pillages the best of each of these idioms to make a beautiful statement about Southern blues and culture. This is a masterful album that’s also a helluva lot of fun to listen to. This is a full immersion experience in the country blues.

Guy Davis: Ramblin’ All Over

BUY THE ALBUM ON CDBABY TO SUPPORT THE ARTIST

Dexter Payne: Jazz For All and Everywhere (Almost) 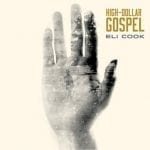