“A Little Piece” is Another Side of Ray Benson: Talking with a Legend

“I always loved rock ‘n’ roll…blues…jazz…but I didn’t want to get too far away from the Western Swing thing with Asleep at the Wheel. But now, I figure I’d better do what I want to do musically…and I can do it very well…better than most!”

Bruce Springsteen, John Mellancamp, Tom Petty, and Bob Seger, to name a few distinguished senior heartland rockers, need not worry –despite the fact that Ray Benson can hang with the best of you.  Mr. Benson, who was “Americana” before the brand was likely conjured by a marketing executive, is back in the saddle with his first solo album in ten years, aptly entitled A Little Piece, which is out January 21, 2014 on Bismeaux Records.

With all due respect to the artist’s privacy – the eleven songs on A Little Piece are inspired by what Ray diplomatically refers to as “a lot of upheaval…mostly with women.” Enough said! Tough emotional times between lovers traditionally makes for great art – and Ray’s new album is no exception -please refer to Bob’s Blood on the Tracks, Leonard Cohen’s Death of a Ladies Man for further enlightenment.

Akin to the aforementioned icons who are all making music that stands firmly with their best work – Benson’s confessional collection of songs is a record for the ages.  And it affords him a welcome opportunity to step outside the boundaries of Asleep at the Wheel – which is a curious place for Ray to be in – or even refer to.  I remind him that I was an Asleep at the Wheel fan back in the day and that attending gigs at colleges and theaters, and buying his records, and those by his contemporaries – Commander Cody , Frank Zappa’s Mothers of Invention, Return to Forever to name a few,  was standard fare – it was great music! Ray agrees. “I love all those artists… that’s what I tried to do with Asleep at the Wheel – open people’s ears to the music. I likened it to what the elder blues artists whom we adored did for our generation… Muddy Waters, BB King, Sleepy John Estes…that was our mission.”

Nowadays, it all starts with Ray’s voice, which has dramatically improved as time races on. “I listen to my first record (that would be Asleep’s Comin’ Right at Ya in 1973) and I was just twenty years old…my voice actually did not develop until the last 15 or 20 years…it’s been getting better and better…I’m not a tenor, I’m a baritone… we lower register singers have a longer vocal life. I attribute it to being a late bloomer.  When I started in 1970 I thought I didn’t have the right tools to do what I wanted to do- that is, my voice my guitar playing, my songwriting…it just took me about 35 years to get it right!”

Cut mostly live in the studio – Ray’s favorite way to work – A Little Piece benefits greatly by Benson’s choice of collaborators: all of whom are friends and colleagues in the tight knit musical community of Austin.  His co-producers include his longtime buddy Lloyd Maines, and Ray’s son, Sam “Lightning” Siefert. Laughs Ray “having your kid tell you what to do is satisfying in one way…and extremely intimidating in another. Except for being told repeatedly that my guitar was out of tune by someone whose diapers I used to change – working with my son was a great experience.”

Among the stand-out tracks on an album includes a duet with Willie Nelson entitled “It Ain’t You.” Recalls Ray “at 81 years old, he calls me ‘kid.’ Willie is an eternal teenager, the most amazing man I know…he took time out from playing golf to lay down a vocal track. Sam came up with the idea of making it a call and response. Of course, ‘youth verses’ wisdom is right in Willie’s wheelhouse.”

Guitar players take note: that is Ray Benson, not Slowhand, ripping out those blistering wah-wah guitar licks on “JJ Cale” a tribute to Ray’s fallen comrade. Benson revels in tales of spending time in Cale’s hometown of Tulsa and jamming with the likes of the late great bassist Carl Radle, and Jamie Oldaker, and other members of Clapton’s most potent ensemble. “JJ was the most understated artist in the history of recorded pop music. This was the last song I wrote for the record —damn, I always played the blues—I knew it, I lived it –nobody else knew it!”

Now we all know it! A Little Piece is yet another side of Ray Benson. 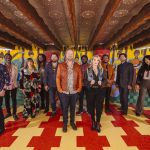 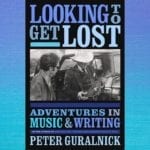