a book and some films about american roots cultures

The older kid and I have been immersed of late in the music gathered by John and Alan Lomax, Harry Smith, assorted other academics and folklorists, and the painstaking process of keeping old music alive with the help of government agencies like the Library of Congress, those dirty rotten bloggers who rip and share, and independent record labels like Dust to Digital, Bear Family, JSP and the dozens of others who are still alive and kicking. We traveled south to San Diego this week where the old Adams Avenue Roots Festival has morphed into AA Unplugged. Despite the name change and tweaking, it was quite fulfilling; endless unexpected venues along a two mile stretch with all sorts of roots music ablaze in the California sun.

It was the 2009 book It Still Moves:Lost Songs, Lost Highways, and the Search for the Next American Music that I found on the shelf at The Strand for five bucks a few weeks ago that got us both hooked on our latest fascination-incarnation of old folk, spirituals, blues, songs from Appalachia, jigs, reels and whatever else that was made, collected and archived from the turn of the century through the early sixties. Despite three reader-reviewers giving it just one star on Amazon (two others give it a five and a four star), author Amanda Petrusich does what I believe is a well written and thoroughly enchanting  job of chronicling her travels…starting from her apartment in Brooklyn and documenting a road trip throughout the South. And despite what might be considered a search, it’s less that and more the journey. And in the spirit of the late Dick Clark, I’d surely give it a 92 because it’s got a good beat and she captures the historical factoids in a net of architecture, local food dives, the backseat of her car, the roads, mountains, water, weather, tales and interviews from a diverse group including No Depression co-founder Grant Alden.

Let me make a quick U-turn here: I read a ton of books, and I’m almost through with all of the 1, 245 ones that use Lost Highwaysin the title. I don’t know Amanda, nor have I read anything else she has written (including a No Dep article from 2005 on Kings of Convenience that I found in the archives here just a second ago) for the New York Times, Spin, the 33 1/3 Pink Moon book, Paste, Village Voice and Pitchfork. But although I usually find Amazon reader recommendations pretty helpful, this book unfairly gets the hatchet from a couple folks so I just want to say…screw ’em and listen to me when I tell you this is one of the good ones. It’s not meant to be a college textbook or the definitive historical biography. Just one woman’s love of the music, and her brave trip through the back roads and hollers, the Delta and Beale St. (By the way, she published an interesting story in the NY Times Travel section last week where I guess she resides sometimes.)

Pit stop of coincidence: The kid just got accepted to NYU, starting in September. Amanda is listed as a part-time faculty member at their Gallatin School. And at the Unplugged festival, the highlight for us was seeing another Gallatin person who also writes and plays the meanest Klezmer this side of the Mississippi. Yale Strom and HotPstrami (spelled the way it is spelled) did two sets…one in an Irish Pub that my kid was too young to get into, and another later in the day outside the local library. With his wife Elizabeth Schwartz on vocals, an Italian accordion player named Lou-something-I-can’t-recall and Yale’s violin and patter, they weaved the songs into a history lesson leaving me walking away and wondering why Klezmer isn’t considered the Jewish version of Cajun and creole. Because it sort of is, isn’t it? No?

Back on Point: Found this website, or actually the kid did…that I wanted you to be aware of called Folkstreams.net. They use the tagline A National Preserve of Documentary Films about American Roots Cultures although I would have come up with something more catchy like Great Shit You Need To See. Just read the first paragraph of a long mission statement to catch the drift: “Folkstreams.net has two goals. One is to build a national preserve of hard-to-find documentary films about American folk or roots cultures. The other is to give them renewed life by streaming them on the internet. The films were produced by independent filmmakers in a golden age that began in the 1960s and was made possible by the development first of portable cameras and then capacity for synch sound. Their films focus on the culture, struggles, and arts of unnoticed Americans from many different regions and communities.”

There must be well over 100 or more shorts and full length films here for you to enjoy and watch. Cancel the cable and put on the popcorn…here’s just a couple of sample titles:

Dance For a Chicken: The Cajun Mardi Gras-Pat Mire

One of the reasons I like this site so much, is beyond just music, they include films of local culture from many perspectives. You’ll find films shot by kids and amateurs, the famous and infamous, from small towns, suburbia and big cities. And there’s a blog and resource guide for teachers, and more information you’ll know what to do with. I was going to throw up a short for you to watch but heck…this is a blog and readers usually spend about 46 seconds skimming it. So go there yourself. Buy Amanda’s book. Check out Yale Strom (he’s got a book too).

One final thought and I’ll leave y’all alone: Neil Young naming his new album Americana: he must have been using his medical marijuana card the day he came up with this title because I think it’s possibly the dumbest thing he’s ever done. I give it one star. 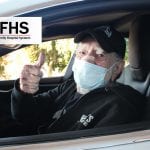