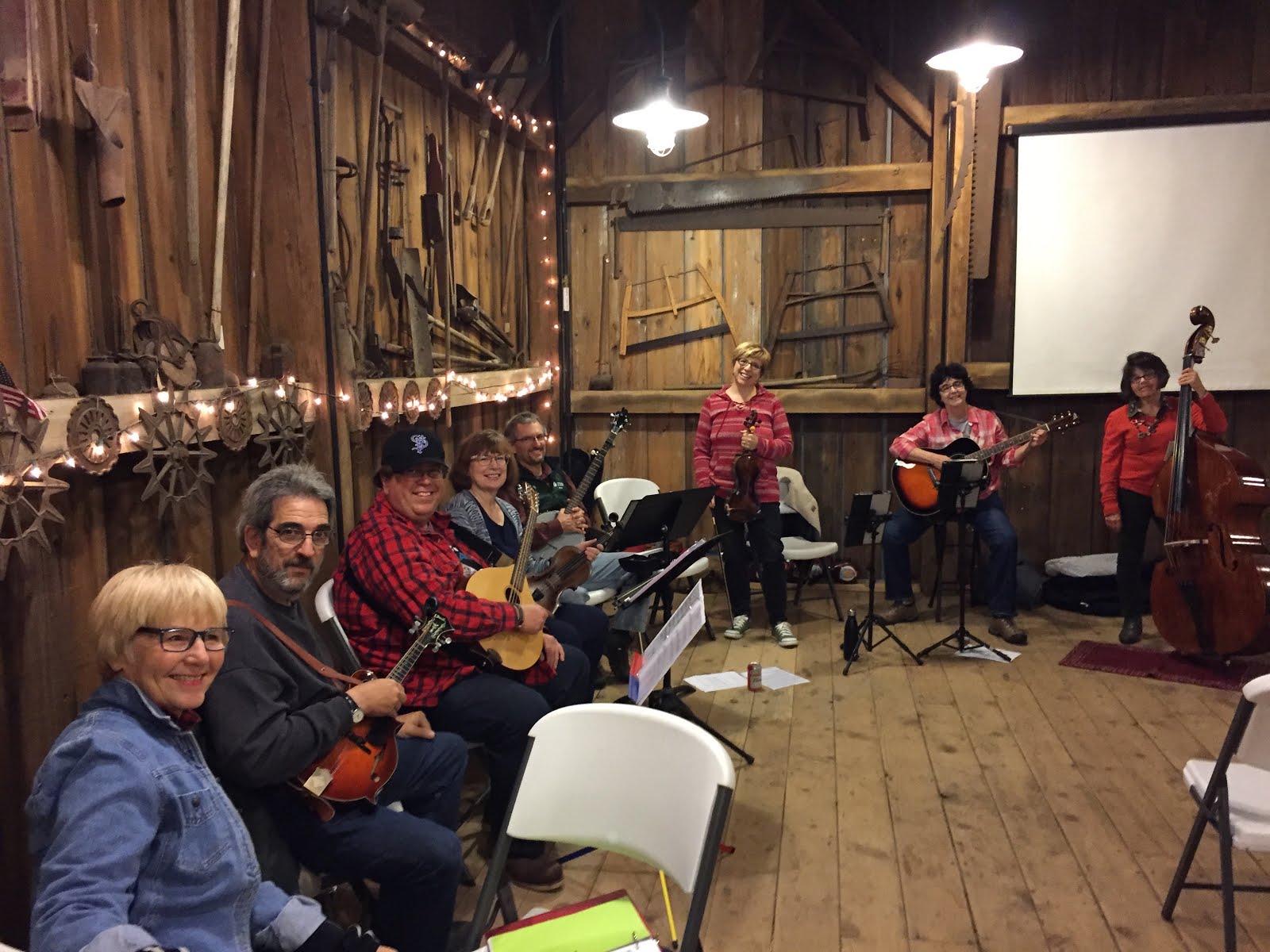 Musicians in a St. Paul-based learning group run by Mike Sawyer, aka Clawhammer Mike, played for a barn-raising in Minnesota in 2018. (Photo by Mike Sawyer)

The most Scandinavian aspect of many Americans’ lives is probably the IKEA furniture in their homes. But minimalist interior design is just one small way Scandinavian influence finds its way into modern American culture. Before there were Swedish meatballs in food courts, there were fiddles (for a while considered demonic) playing trills, grace notes, and quarter tones in the Scandinavian immigrant populations of the Upper Midwest.

But you may not know that unless you look closely. As with many regional folk traditions, it has been the work of a handful of dedicated folklorists and preservationists that has kept this history alive for us to talk about today.

Migration to the New World

Scandinavians have been traveling to the Americas for as long as Europe has known that America existed. Famously, Leif Erikson “discovered” North America at the start of the 11th century — almost 500 years before Columbus was erroneously given credit for the discovery.

From there, Scandinavians would occasionally take an imperialist interest in the New World, with a handful of colonies like New Sweden being established in New Jersey, Delaware, and Pennsylvania in the early history of the American colonies. However, unlike their neighboring superpowers in England, Denmark, and France, the Scandinavians were content to generally leave America alone — they were doing fine at home, thank you very much.

It would take a couple more centuries before Scandinavians would develop a serious interest in emigrating to the New World. Around the 1830s and ’40s, a small number of Swedish farmers had begun traveling west in search of more land or religious freedom. But the real shift would come by the mid-19th century. In the century between 1750 and 1850, Sweden’s population had doubled. This left a shortage of tillable land to produce food for the growing population, leading to a famine across the region that killed more than 2 percent of the population. By the 1860s, the Swedish government eased its emigration rules, resulting in a mass exodus to the United States.

And a lot of them wanted to go to Minnesota.

Fiddling in the Old World

As with many fiddle traditions in the United States and around the world, the Scandinavian American fiddle tradition is closely linked to dancing. You can see it in the most common song forms in the tradition: the polska, the waltz, and the schottische — all of which are eminently danceable.

Scandinavian folk music has always been hugely influenced by mainland Europe and beyond. The fiddle itself originally came to Sweden in the 17th century from France, and grew to become one of the key instruments in the Scandinavian folk dancing tradition. Many of the melodies, rhythms, and stylistic flourishes commonly found in Swedish traditional music came from other places and were incorporated into local sounds. Even the dances that are most common in Swedish traditional music originated as peasant dances from mainland Europe, traveling to the Swedish folk tradition via European nobility picking them up as they became fashionable and then putting them back down again after they grew bored and searched for new trifles to entertain them.

As is commonly seen in dance-based fiddle traditions, musicians tend to play in a very ornamental style. Fiddlers in Sweden are particularly known for the grace and elegance of their playing style, filling space with grace notes, rolls and trills, open string drones, and quarter tones.

Unfortunately a wave of religious fundamentalism swept through Scandinavia in the early 19th century, which led to music being branded as sinful, even satanic, driving musicians largely underground. Some continued to play in secret and without documentation, but some went so far as to destroy their instruments entirely. However, as famine struck the region and mass emigration to the Americas began, many of these musical traditions were transported west.

One remarkable feature of the Scandinavian American fiddle tradition is its unique pride and careful preservation of its Old World cultural roots. Fiddlers in Minnesota and Wisconsin are proud to be playing the music of their ancestors and to keep tradition alive.

However, record companies don’t really understand regional cultural pride, so the Scandinavian-flavored fiddle tradition of the upper Midwest became commercially melded with the old-time fiddle tradition of Appalachia. This had its pros and cons. On the positive side, it provided the professional and semi-professional musicians of the region a chance to record their music, documenting it for future scholars and sharing it with the world so anyone anywhere could learn more about the Scandinavian American folk sound. On the negative end, it began to dilute the definition of “Scandinavian American folk music” into the broader umbrella of “American folk music,” obscuring and diminishing this unique regional sound. 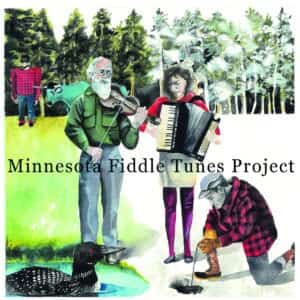 Today, as with many regional folk traditions, there exist a small and devoted group of people who are working to preserve the traditional tunes and styles of their musical forebears. Of particular note in Minnesota is Mike Sawyer, who goes by the name “Clawhammer Mike.” Born in  Minnesota, he grew up deeply embedded in the bluegrass and old-time traditions of southern Appalachia — his parents were in a bluegrass band, and he spent many of his weekends as a child bouncing between festival fairgrounds and backyard jams. At home, though, he found community with the local musicians and took an interest in the specific regional form of old-time music. As he learned more, he realized that many of the local songs and styles were at risk of extinction — old recordings were starting to degrade, people weren’t playing old tunes as much, and while local amateur musicians were jamming on the songs that they most enjoyed playing, specific regional sounds weren’t being mindfully preserved.

Clawhammer Mike decided to do something about it. He recruited 54 Minnesotan musicians and together they recorded volume one of the Minnesota Fiddle Tunes Project, a collection of Minnesotan songs and tunes recorded and documented for future generations to learn from. The first volume was released in 2015. Mike then followed that with the launch of the Forgotten Upper-Midwest Music video series, which began in 2017, and then The Stoltman Tunebook, published earlier this year, an instructional songbook featuring 60 transcriptions of tunes from the repertoire of Northwestern Minnesotan champion fiddler Walter Stoltman.

Folklorist Kip Lornell once commented that American folk music “varies greatly over space but relatively little over time.” But that doesn’t happen by accident. In any tradition that survives, people are working behind the scenes to ensure that it will continue beyond their own lives. It is the work of dedicated, self-trained folklorists like Clawhammer Mike, along with more official academic folklore and preservationist work done with the support of government grants, that is guaranteeing the future of this music and this history for generations to come.