Shakori Hills GrassRoots Festival of Music & Dance is held each May and October on a beautiful 72-acre turn-of-the-century farm outside Chapel Hill, North Carolina, with forest, meadows, winding dirt roads, and plenty of open space. It is operated by the Shakori Hills Community Arts Center, a nonprofit organization.

I will get to the festival itself in a moment, but it bears noting that Shakori is more than a music festival. In the past 10 years, infrastructure has been added to support and sustain a community arts center. There is a permanent stage, a well-appointed barn (known as the coffee barn), campgrounds, gravel roads, a shower house, several shelters and outbuildings, a general store, good drinking water from deep wells, and a whole lot of beauty.

And Shakori is the essence of community. Its longest running program is Roots in the Schools, which brings musicians and artists into local schools. Sessions range from classroom instructional workshops to concerts. Shakori has an 8,800-square-foot organic garden with three crop rotation areas that have been designed to keep the growing and harvesting on a year-round cycle. Community gardeners get a share of everything harvested, and excess is donated to a local food pantry. Last year, nearly 300 pounds of produce were donated.

Shakori also hosts the Piedmont Earthskills Gathering, a five-day, hands-on workshop in the heart of the Piedmont where people come together to learn ancestral skills and traditions. There’s a Furry Friends Festival that raises money and awareness for local animal rescue and rehabilitation organizations, and a series of runs, walks, and obstacle courses. The acreage and facilities are also available for use by outside arts, education, and community groups.

There’s also the Hoppin’ John Old-Time & Bluegrass Fiddlers’ Convention that brings musicians, dancers, and music lovers together in celebration of old-time and bluegrass music. There are instrument and band contests, square dances, and instructional workshops.

The festival semi-annually presents over 40 artists and bands that span worldwide traditional styles and genres. There are special children’s and youth areas with games, crafts, and interactive workshops. Workshops for children and adults encompass everything from how to play the fiddle to movement (e.g., dance and yoga), garden classes, and seminars on green issues. The festival provides a great venue for education in world music, volunteerism, and local food and craft vendors. It also supports local organizations by offering space to set up tables and share their missions.

And now, on to the festival’s music. The Shakori Hills spring edition had always been held on the four-day weekend before MerleFest, but, in hopes of a bit better weather conditions, was changed this year to the week after. And wouldn’t you know it, it rained on and off for the first two days. However, I am happy to report that, while Thursday evening was also cold, the mud was significantly less deep than in some previous years.

The music at Shakori is the essence of eclecticism and diversity, from the straight-up bluegrass of Nu Blu to Preston Frank’s zydeco, to Cuban rapper Danay Suarez, to funk and horn bands, to well-known artists such as Punch Brothers and Donna the Buffalo, to a good number of folks from North Carolina who themselves play a wide range of music. One could call the festival a microcosm of American roots music today.

The festival holds five stages, including two under tents, two large open air ones, and an intimate one on a front porch.

My highlights from the main stage on Thursday night were two gypsy-influenced bands: the gypsy-folk circus-rock band Dirty Bourbon River Show from New Orleans and the gypsy-Latin grooves of of Tamboka, which bookended Brett Dennen — the sweetie-pie of the fest. The other stages that night featured mostly acoustic music: Jeb and Tara (of Donna the Buffalo) did their usual duo set and the Ballroom Thieves, a folk trio from Boston that includes the cello, were a highlight. Then, a cold rain set in and my night ended early.

While there was some light rain on and off Friday, the day began sunny with a warming trend. There was a fabulous set by the South African acoustic guitarist Derek Gripper, who creates a dream-like sound from African folk songs, with jazz and a touch of classical thrown in. Martha Redbone blended her Native American and African-American roots with funk, soul, Harlan County, Kentucky, traditional and the Piedmont blues — all with her powerful vocals. She had Charlie Burnham, who has played everything from traditional to avant garde jazz, on fiddle, and the pair made quite an impression.

Driftwood, from upstate New York, has become a staple on the festival circuit. They put a post-modern take on old-timey folk, featuring the blazing fiddle of Claire Byrne and genre-defying banjo of Joe Kollar. An offshoot of that band is a personal favorite, Wildcat Creek, which explores the more traditional string band sound, with the colorful and playful bass of Bess Greenberg.

Also on Friday, I discovered two local bands of considerable interest. Sarah Shook & the Disarmers, from Pittsboro, North Carolina, plays hardcore country with twang, ache, and groove. Steph Stewart & the Boyfriends, from Carborro, is country with an alt, raspy, casual, back-porch style that harkens back to the ’70s, when the fusion of styles began in earnest. But the real treat from that day was the vocal harmony workshop put on by Freewheelin’ Mamas. I saw them a couple of years back and was quite taken by these three women who have come together for the love of the music and the camaraderie it brings. As their name suggests, all members of the band are mothers. They live in Asheville, and it is evident from their musical and vocal interplay that family is a source of the energy they affectingly display.

Then, as usual, Donna the Buffalo closed things out on a high note that night.

Saturday was sunny and warm, with most of the mud dried up, and those folks who had stayed home came out to join in. Saturday also contained my three personal highlights. First, was Richie Stearns, whose banjo playing is otherworldly. I used to say that it is where traditional and the avant garde meet and the result is sublime. But I now think that is somewhat over simplistic. Instead, I’ll quote Natalie Merchant, who’s said of him: “I have been amazed by Richie Stearns’ musicianship … the banjo in his hands can become either a hypnotic weapon of propulsion or the source of some of the most soulful and plaintive sounds I have ever heard.” Is Steve Martin listening?

Second, also on the main stage, was some one new to me: Fatoumata Diawara. She’s a musician, vocalist, and actress from Mali who is now living in France. As is true of fellow Malians — Ali Farka Toure, Oumou Sangare, and Rokia Traore — Diawara is someone you should be listening to. She often plays harmonics instead of chords, and the music floats up into patterned colors, ripe for dancing or contemplative listening. She was also in the award-winning motion picture, Timbuktu.

The Blind Spots are from Ithaca, New York, and have quietly building a repuation that seeks to occupy the throne left vacant by Big Brother and the Holding Company … albeit with a modern flair. As Evan Johnson wrote in The Ithacan Online, “Within a span of seconds, [Maddy] Walsh, once crooning with the sweet country style of Dolly Parton, dropped the act and suddenly transformed into something close to Jim Morrison. Her brown hair flew wildly in front of her face, and her vocals loosened as she ripped through the set list.”

As with MerleFest the week before, my most memorable event took place offstage.

The name Jordy Risk may not ring a bell, but he is the merch guy — and then some — with Donna the Buffalo. It was his birthday on Saturday and Tara brought a couple of cakes to the unofficial Buffalo compound, which was comprised of a dozen or so campers and tents that encircle a large common space. There were 60 or 70 of us, including David McCracken’s family, Kyle Spark’s family (which also served as a mini-family reunion), and Mark Raudabaugh and Mollie Farr. I just had time to see festival headliners, Punch Brothers. Then, for the late-nighters, the zydeco set with Preston Frank and Donna the Buffalo rocked out at the Dance Tent.

Sunday was another gorgeous day that began with the songwriters circle, hosted by my longtime friend Angie Santiago, with Richie Stearns sitting in. Additional sets worth noting were Freewheelin’ Mamas, Tamboka, Derek Gripper, and River Whyless. The evening closed with spirited sets from Sister Sparrow and the Dirty Birds (who have just released a fabulous live record), Donna, and the GrassRoots All-Star Jam.

Once again, Shakori Hills was a fabulous weekend which, coming on the heels of MerleFest, left my head swimming, my feet aching, and my heart full.

Enjoy the slideshow, which also includes photos of Donna the Buffalo, Rebekah Todd, and Sarah Potenza by Elizabeth Larson — a longtime Shakori photographer. 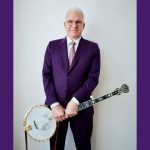